An offshore accident lawyer fights for your rights any time you suffer an accidental injury on any type of vessel on the Sea.  The incident may occur on a ship of some sort, an offshore platform, on a dock, or a helicopter transporting crew from and to land. It is important that you hire a Houston offshore accident lawyer that will thoroughly investigate the claim to determine who is liable and what laws apply. Call Simmons and Fletcher, P.C., Injury & Accident Lawyers, for a free consultation regarding your offshore injury claim. We work on a contingency fee basis so that you pay nothing upfront and no attorney fees unless we make a recovery in your case. 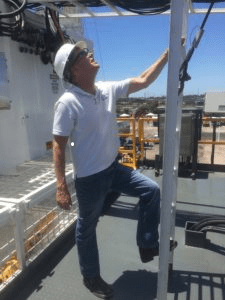 To determine which law applies, you need an offshore accident lawyer who will thoroughly investigate the claim. Very detailed records and logs are kept by the companies in charge of offshore vessels. These records must be obtained and reviewed to determine whether proper procedures were followed. Moreover, in serious injury cases, nothing tells the story better than going to the scene and conducting an inspection.  At Simmons and Fletcher, P.C. we can investigate the scene and retain and bring experts as required to get a full picture of what caused an event.

What Law Applies to an Offshore Accident?

There is a large body of state and federal law applying to offshore accident claims. These include:

Trying to navigate these laws without an offshore accident attorney is like trying to pilot the seas without a map. 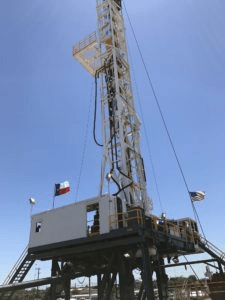 Under 43 United States Code, section 1333, subsection (b) and (c), Congress extended the Longshoremen’s and Harbor Workers’ Compensation Act to cover employees other than “master members” of any crew or vessel who are working on the Outer Continental Shelf In the exploration and the development of natural resources. This is what is known as the Outer Continental Shelf Lands Act. It provides for the payment of compensation for disability or death suffered while working on navigable waters in the United States. It is effectively worker’s compensation for certain marine workers and many dock workers that are not otherwise covered by the Jones Act.

The Jones Act provides certain protections to workers on sea vessels which includes jack-up rigs and oil rigs that are not attached to the ocean floor such as floating oil rigs and drillships. Under the Jones Act, covered employees can recover for pain and suffering, disability, medical expenses, and lost wages. The worker’s offshore injury lawyer must show that the damages suffered were caused by the negligence of the employer. However, unlike all other areas of law, the burden of proof under the Jones act is lower than normal. It is considered a “featherweight burden” because you must only tilt the scales of justice in your favor by a featherweight to win. This gives the injured worker and his offshore accident lawyer a major advantage.

Some accidents covered by the Jones Act are:

Offshore injuries that do not fall under the above laws may be covered by state personal injury law. The state law that applies is typically determined by the proximity of the accident. Because the laws vary from state to state and the above Acts may also apply, you should hire an offshore injury attorney to determine which avenues of recovery are available to you.